Get to Know: Multnomah Village

Most of the Village’s businesses line Capitol Highway — smack in the middle of the neighborhood — making it easy for residents to spend a day “downtown” with hardly any travel! In fact, it’s a 5-minute drive from the utmost top point of the neighborhood to the bottom. Many of the Village’s businesses operate out of historic buildings (Marco’s, The Lucky Lab, and the Multnomah Art Center), maintaining the original charm of the town.
Join us on a tour of our favorite Multnomah Village restaurants, activities, and dog-friendly hangouts.

Ah yes… Grand Central Bakery. Portland's beloved bakery and truly the best sourdough in the city! Gwen Bassetti, founder of Grand Central, launched her business as a roadside farm stand on Lopez Island in 1960. The bakery made its way to Portland in 1993 and locals have been obsessed ever since. If you are passing through, grab their Blue Ribbon sandwich for now and a loaf of their classic sourdough for later!
﻿ ﻿

Next door, you’ll find Marco’s Cafe, housed in the Nelson Thomas Building. Before Marco’s opened, the building functioned as the area’s first post office, dance hall, and masonic lodge. SO much history! When Marco’s opened, the owners realized the high ceilings echoed customer’s voices throughout the building. So… in perfect Portland-fashion, they decorated the ceiling with open umbrellas to dampen the noise.
Marco’s serves breakfast all day and happy hour from 3:00-5:00 pm. French toast and cocktails, anyone?
​​
﻿ ﻿

Tastebud is a family-owned farm, turned food cart, turned restaurant off SW Capitol Hwy AND home to the best pizza in Multnomah Village. Their menu changes quarterly with seasonal ingredients — the summer menu features local produce like Baird Family Farm peaches, poblanos, crabapples, and tomatoes!
Until further notice, Tastebud is offering takeout only. Fingers crossed we can visit the staff in person soon!
﻿ ﻿
﻿ ﻿
Walk up the block from Tastebud to the Lucky Lab for a pint! The brewery has a massive tap list and is one of the most dog-friendly pubs in Portland — which we love! Fun fact, co-owners Gary Geist and Alex Stiles have been friends since childhood and sparked the idea for the Lucky Lab during their backpacking trip through Europe.
The Multnomah Village location operates out of a former Masonic Temple. When you swing by, see if you can find a carving of two dogs in the rafters, said to be carved during the Freemason days. Spooky!

Otto and Anita’s — a Multnomah treasure! Otto and Anita run the show as owners and pastry chefs! They are whipping up traditional Bavarian dishes like schnitzels, wursts, dill pickle soup, and strudels. We always love to feature family-owned businesses and Otto & Anita’s takes the cake for Multnomah Village.
﻿ ﻿

Picture this… it’s the last summer BBQ of the year. You’ve offered to bring beer and wine but how in the world do you choose something that everyone will like? Well, sound the trumpets and let us introduce John’s Marketplace. The shop sells 400+ varieties of wine and 1000+ beers, ciders, seltzers, and hard kombuchas. Plus, if you don’t know where to start, John’s staff are amazing and will help you select a killer variety!
﻿ ﻿

The Multnomah Art Center is anticipated to open its doors to the public in October! The MAC is volunteer-run and brings affordable art education to the Portland community. In fact, the MAC is one of the largest community art centers in the U.S! Courses are open to all ages with “pay what you can” pricing, so everyone can join! Check out their fall course list here!
﻿ ﻿

Once a year on Halloween, the Multnomah Village community hosts “Halloween in the Village”! The streets are lined with local vendors and games. The kiddos can participate in a costume parade  and “trick-or-treat” in a safe environment. The Village posts other community events on their website. For now, stay tuned for fall events as COVID mandates are still in place.
﻿ ﻿

Peruse the streets of Multnomah Village and you will find an incredible variety of home styles — from Victorian, Bungalow, Craftsman, 1970s condos, and mid-century modern homes. As we know, the Portland market is rapidly fluctuating. However, Multnomah homes are currently closing at $570,000 on average, and spend roughly 15 days on the market.
Grocery shopping, dining, and nightlife are all easily accessible by public transportation, bike, or by foot! The Village is perfect for those who want to be close to downtown, while enjoying a quiet homelife. Does this sound ideal? Reach out here and let’s chat about Multnomah Village listings!
﻿ ﻿

Today we drove down to Multnomah Village and played in Gabriel park! The park is a whopping 89-acres with tons to do, including a skate park, sand volleyball court, playground, walking paths, community garden, outdoor fitness equipment, and two off-leash dog parks! After a half-hour of fetch and zoomies, we relaxed and hung out by the playground. Turns out the playground had a makeover and is now more inclusive and accessible. Cool!
﻿ ﻿
Small-town charm and a short drive from downtown Portland… it can’t get much better than that! Multnomah Village has the best of both worlds. If you are interested in everything the Village has to offer, reach out! We would love to help you find your next home.

Skip to the Bottom… 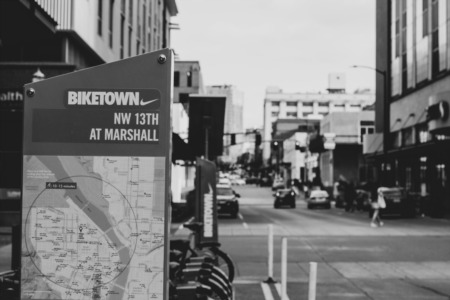 Real Estate Investing in Portland: The 411 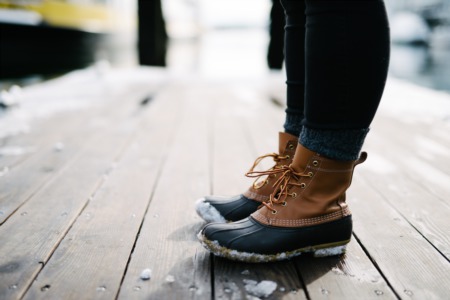